The main areas that are rapidly being digitized in the construction industry. 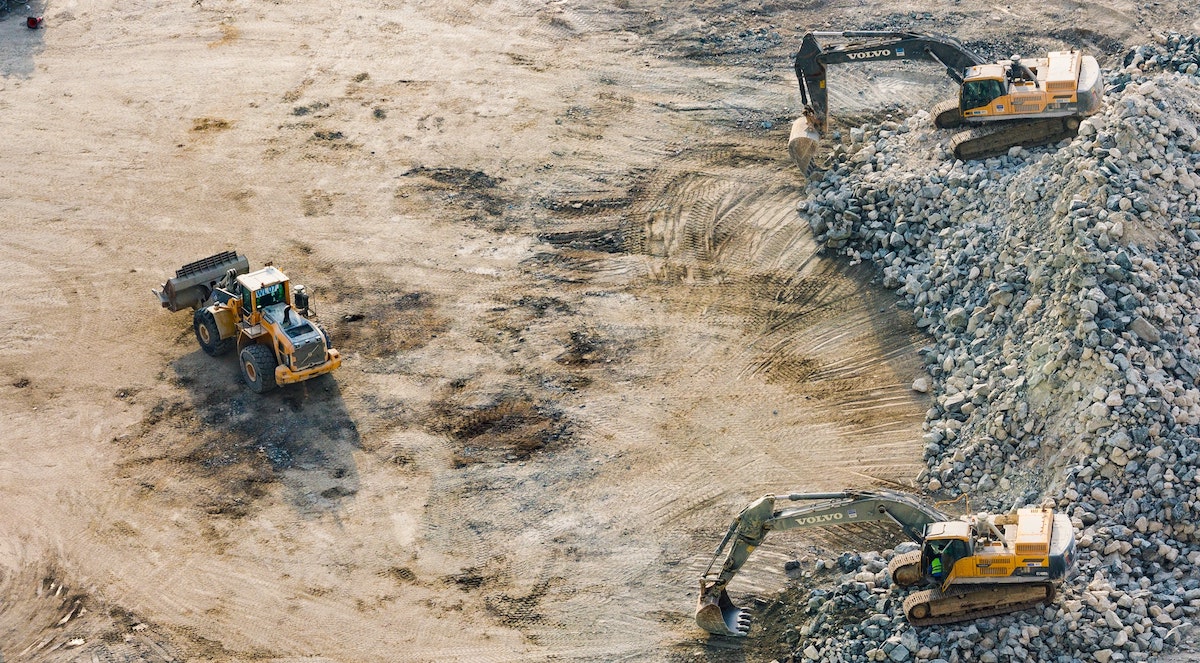 Over the last twenty years, technology has had a major influence on almost every aspect of our lives.

But there are still a few stones left unturned — one of which is the construction industry.

In this post, we'll explore why the construction industry has been left behind in our new digital world — and how this is set to change as we embark on a new year.

The digitization of the construction industry

But all of these are designed for an indoor environment, with wall outlets, clean floors, and air conditioning!

Even if a handful of computers are brought out to a construction site, they can't be carried around by staff all day, and they certainly aren't useful to most employees. After all, what use is a spreadsheet or document to someone reaching for their next tool?

And so, the construction industry has been one of the slowest to adopt technology. Though tech has been implemented where appropriate (including in supply management and communications), there have been far fewer solutions for this sector than others.

But this is changing — and fast.

In the last five years, tech has become far more flexible and portable than ever before. We wear computers on our wrists, have strong internet connections outdoors, and are making serious waves in the way of automation, artificial intelligence, and robotics.

And all of these are contributing to a transformed construction industry. So, let’s dig a little deeper...

Tech transformations in the construction industry

To help you get a better idea of how tech is impacting the construction industry today, we’ll explore some of the main areas that are rapidly being digitized.

Below, you'll not only find the changes that are taking place, but also ways that these changes can be utilized to improve efficiency, cut costs, and create a safer work environment.

As we mentioned above, the construction industry hasn't been completely left in the dark when it comes to digital communications.

But the introduction of real-time communication tools will benefit the industry in a way like never before.

For example, construction teams can now communicate with each other in real-time messages with platforms like Slack. What’s more, video call platforms like Zoom now allow managers to survey a build from offsite.

This not only saves massive amounts of time, but can also reduce errors and misunderstandings.

Additionally, the rise of collaborative tools has allowed teams to work on tasks remotely. These tools enable signatures to be collected digitally, workers to punch in without a physical timesheet, and staff to send real-time updates on accomplishments, as well as setbacks.

One of the biggest tech trends over the last year has been automation.

Automation has existed in the construction industry for decades, but it wasn't until the last few years that automation began being used to its full potential.

Automation is most visible in routine tasks like paperwork, invoicing, and scheduling. However, it can also be used in more advanced ways too. For example, the onboarding process for new employees can be digitized into an automated process. This cuts costs and saves time in a normally resource-intensive process.

Construction has struggled to hire young workers over the last decade, with the number of construction employees under 25 declining at a rapid pace.

Multiple factors have led to this decline, but what is for sure is that the industry needs to recapture the interest of young workers. Fortunately, tech presents several opportunities to do this.

Most importantly, tech can engage and excite new hires in a way that traditional workplace resources can't. The new workforce has grown up using technology, and employers need to utilize this familiarity.

What’s more, younger workers can work with tech with less training than their older counterparts. That means that new hires can be immediately moved to tech-centric roles, bringing them into the industry in a position that is better suited to their skills.

Project management is one of the most important and complicated responsibilities in construction. Project managers often wear an assortment of hats, participate in planning as well as construction, and pick up tasks from nearly every aspect of the job.

The result is a hectic position that's time-consuming, overwhelming, and prone to mistakes. The good news is, tech can be a big help here too!

Specifically, Intelligent Information Management (IIM) systems can really help to rethink project management. They provide smarter, automated methods for managing data and documents — meaning that tasks that would normally take days by hand can be completed in minutes!

Collaboration and onboarding can be automated, invoice processing can be systemized, and version control can be applied to documents and files that change throughout a project's lifespan.

Another powerful digital tool for the construction industry is 3D modeling, which allows sites to review projects before they are built.

This creates a faster, more cost-effective prototyping process, where potential problems are highlighted at an early stage.

Additionally, lots of 3D modeling tools include simulation components. This allows designers to check for specific incidents, like the weather, to see how it might impact a build. This can bring up problems that designers might have overlooked — or even forgotten altogether!

Another benefit of 3D models, as opposed to physical prototypes, is that they're often collaborative. Designers, engineers, and managers can interact with the models remotely, and in real-time. This makes it an extremely effective alternative to traditional modeling methods.

Watching over sites with drones

Drones have been rising in popularity (and in controversy) since 2015, and are now as mainstream as remote-controlled cars. Unlike RC cars, however, drones have broad-reaching features that the construction industry can take advantage of.

Namely, construction sites can use drones to view areas that are normally dangerous or impossible to access by workers. Drones can reach high places, fit into tight spaces, and perform maneuvers without the need for ladders or elevators. And thanks to new networking tech like 5G, it's easier than ever to get live footage from drones.

IoT (or the Internet of Things) refers to the expanding role of internet connectivity in devices that aren't traditionally considered "smart". Speakers, thermostats, lights, and locks that connect to smartphones over the internet are all examples of IoT at work.

But IoT can do a lot more than just make our homes smarter. It's one of the most promising emerging areas of tech and is on the verge of changing several industries.

Few industries are poised to embrace IoT like construction. Meters, monitors, and sensors can be placed around sites and installed in new buildings to provide real-time insights that haven't been possible before.

IoT can be used to measure electrical currents, meter water usage, detect the effect of weather on a structure, and much more. And it can do all of this 24/7, and from a distance!

Augmented reality presents a fun and clever solution to common construction issues. It can also provide new features that haven't been possible before.

In a more professional setting, augmented reality can be used to view and manipulate equipment or materials without having to interact with those materials. For instance, a construction worker could see how materials are to be assembled and attached to a structure, without needing to move those materials for a demonstration. Workers can also take measurements, preview designs, and make adjustments onsite, digitally.

Virtual reality is similar to augmented reality, but rather than being overlaid over your real environment, it offers a completely simulated reality.

Virtual reality can be particularly helpful during the planning phases of construction. It can be useful for ‘walking’ clients through a build before it's begun, and showing how different stages of the build might look. It can also be used to compare different designs in a more immersive way than traditional models.

It's one thing to talk about the ways that tech is impacting construction, and another to start implementing those changes yourself.

Change can be daunting and, above all, costly. That's why Orbitum provides a simpler approach to tech implementation. Reach out to our team today to get an idea of the practical and personalized ways that tech can be introduced into your business.