These online fundraising ideas and software for nonprofits examples are demonstrating the transformation of the industry. 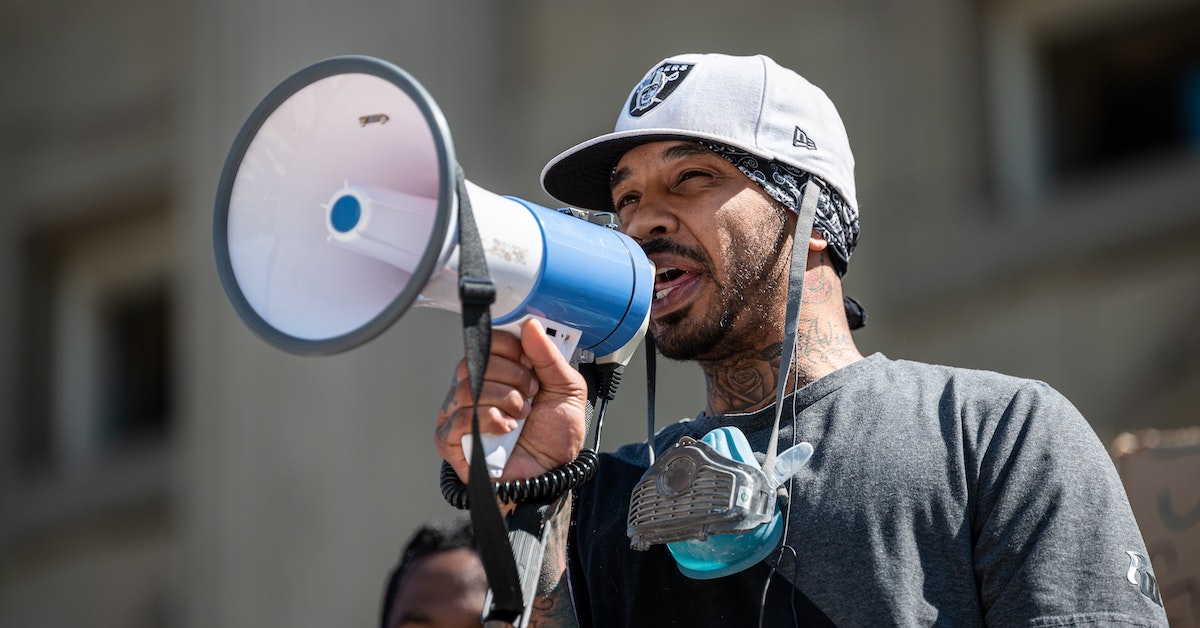 What do you think of when you hear “tech-savvy organization”? Chances are you’re seeing Silicon Valley, SaaS, social platforms — the businesses at the very forefront of innovation and engagement.

Charities and nonprofits, it’s safe to say, are probably not the first thing that comes to mind. Even if you work for one yourself! But how do nonprofits make money when their biggest mission is to deliver the right message? The answer – like for many areas and cases in this age – comes from technology.

When your business model is about impact, rather than income, tech can be a difficult sell for stakeholders. The funds you do have could be better spent elsewhere… but it all depends on what you’re investing in for your charity’s digital transformation.

After all, technology has already helped many non-profits to reach more donors, spread the message of their cause and, crucially, help more people too.

In this post, we'll dive into some of the key ways that charities are taking advantage of tech — and how you can give your non-profit the digital transformation it deserves.

5 best in class use cases of non-profit technology

On-demand donations or Venmo for Nonprofits

One of the simplest (and most effective) ways for a non-profit to utilize tech is through on-demand donations.

Think about it: individuals can order food, products, and subscriptions in an instant — so why shouldn’t donating to charitable causes be this simple as well?

On-demand donations can be achieved through an app, an external site like JustGiving, or by setting up a portal on your own website.

What’s more, on-demand donations can be made even simpler with the use of one touch payments. Technologies such as Apple Pay and PayPal One Touch allow users to make a donation without needing to spend time entering contact or payment details.

And the less friction there is, the greater the chance they’ll donate.

Donor management software (DMR) is a special kind of CRM, or Customer Relationship Management system. CRMs are applications that help you to keep track of your customers and build long-term relationships with them.

Despite being fairly new technologies, CRMs have become a must-have for profit-earning businesses. When growing and building a customer base, they can be a really useful way to convert a one-off buyer into a loyal fan.

Charities are adoptipg the model of CRM for donation management and donor tracking. These systems can help you to understand the differences between one-time and lifetime donors — giving you the insights required to secure the relationships that really pay off.

Marketing automation platforms and other tech for campaigns

It might sound like tech-world speak, but a marketing automation platform is a simple (and helpful) tool for sharing your campaigns.

Firstly, automation improves your efficiency. Meaning you can reach a greater number of possible donors in far less time than before.

What’s more, a good marketing automation platform will save you resources too. You probably won’t require as many team members to work on writing and scheduling social media posts, for example. And that means more time and money can be spent on other areas of your operation.

Some charities have a mission that everyone can understand. You could be delivering food to struggling families, paying off medical expenses, or giving animals a place to stay.

Other times, the message isn't so clear.

Maybe you’re researching a disease that your donors have never heard of. Maybe you’re fighting for social justice in a country that feels very far from home.

No matter how complicated or distant your brand story is, technology is a powerful tool for educating and disseminating knowledge within your audience.

Using apps, websites, blogs, newsletters, videos, and social media, you can teach your audience about your cause. Keep them updated on your progress and remove any uncertainty about your goals.

These channels also build familiarity with your charity name and ethos, leading to increased support.

Virtual reality technologies are one of the most creative ways that non-profits have used tech in recent years.

In case you’re unfamiliar, virtual reality (VR) is a way to simulate an experience, place, or situation that is entirely different to the one you are actually in. This is usually achieved by wearing a VR headset.

It sounds futuristic, but virtual reality has become much more commonplace over the last five years. And smartphones have made it possible to run VR apps and experiences from almost anywhere in the world.

So how has this helped non-profits?

Some charities have delivered powerful and emotional experiences straight to their donors using VR. They’ve been able to bring their supporters into far-flung classrooms, hospitals, and homes; show them to other countries and ways of life; and give access to the actual lived experience of the beneficiary the charity works to help.

It comes as no surprise, then, that utilizing VR can not only have a big impact on the number of donations you receive, but also how passionately people support your cause.

Which non-profits are using technology well?

Looking for ways to bring digital innovation into your non-profit or charity? Taking the concepts and tools we explored above, these four organizations are paving the way in fundraising technology and donation management software..

London is facing a serious issue with homelessness.

According to TapLondon, a non-profit organization working to combat this issue, 1 in 52 London residents have no fixed address.

And in a population of nearly 9 million, that’s a lot of people.

TapLondon co-founders, Polly Gilbert and Katie Whitlock, teamed up in 2017 to bring a new solution to a historically difficult problem. TapLondon takes several of the ideas we've explored above, and combines them in a modern, simple, and lean non-profit strategy.

Rather than sending out team members to convince Londoners to donate, TapLondon installed kiosks in high-traffic locations — allowing pedestrians to donate whenever they want.

Each kiosk shows how much the charity is asking for in donations, and what the funds will go towards. Donations use contactless payment methods — just one tap of a smartphone or card, and they’ve done their bit to help.

Ushahidi means ‘testimony’ or ‘witness’ in Swahili; a fitting name for the non-profit platform launched back in 2008.

Following a controversial election, Kenya was thrown into violence and instability. For the average Kenyan, there were no tools readily available to track safe and unsafe areas, or to have a real-time understanding of what was going on.

A blogger became aware of the situation, and put out a call for help in building a map that would show Kenyans which areas were safe, and which weren't.

This call led to the initial creation of Ushahidi, a web-based service where citizens could easily view a map of dangerous local areas.

Over the last 10+ years, the organization has used this idea to help people all around the world facing natural and unnatural crises. The platform is an excellent example of how innovative technology can not only increase your chances of finding support, but also be the solution to the cause you're trying to help.

Upaya is a non-profit that works to empower businesses in underdeveloped and struggling economies.

The organization looks for early-stage businesses that have the potential to not only succeed, but create jobs in the local market, too. It then funds and works with these businesses to make the business model thrive — helping lift families out of poverty as a result.

Based in Seattle, one of Upaya's major sources of funding comes from hosting annual events and galas. Unfortunately, COVID-19 made it impossible for Upaya to host its annual gala in March 2020 — leaving their ambitious fundraising goal of $200,000 hanging in the balance.

The solution? Upaya took their event online. Not knowing what to expect, the charity was very pleasantly surprised when the virtual black-tie event exceeded all of their financial goals.

The event achieved a final donation amount of $306,000. A great example of how tech can not only provide an alternative, but sometimes a better solution altogether.

Last, but by no means least, there’s Alzheimer's Research UK — a leading research center for Alzheimer's, and an important and influential charitable organization across the continent.

Recently, the research center has used this influence to craft a moving VR experience. The app, designed by Alzheimer's Research UK's team, takes the user through an experience that replicates what an Alzheimer's patient experiences every day.

By bringing together feedback from Alzheimer's sufferers and experts, the app highlights the misconception that memory loss is the only effect of Alzheimer's.

It's emotional, challenging, and an inspiring example of how technology can be utilized in the world of non-profits.

We help companies to grow, innovate, and reduce costs using technology. Whether it's an online fundraisingsoftware, nonprofit accounting, donor management system or another part of your digital transformation — we are here to guide you through the process of integration.

Are you keen to get up to speed with the latest tech innovations — and how you can implement them as a force for good in your non-profit organization? Get in touch with us today.